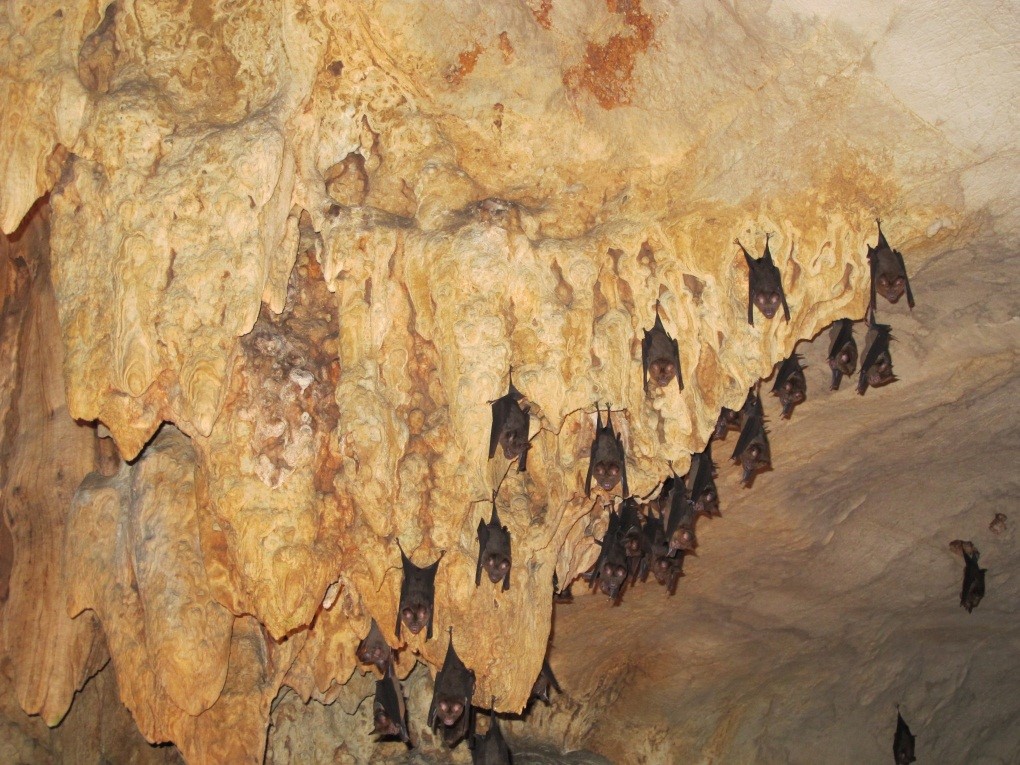 The Kuhn Kitty bat is also called Bumblebee bat or Kitty’s hog-nosed bat because of its typical appearance. It is world smallest bat, weighs less than two grams and is just 3 centimeters long. This recently discovered animal is so-far only found in the caves of Kanchanaburi in West Thailand and in the Southeastern area of Myanmar.

In 1973 the Thai biologist Mr. Kitty Thonglongya discovered this special species of bat in the caves of Thailand. He was working together with his British colleague John Hill when Thonglongya suddenly died. Hill decided to name the newly discovered animal after his friend by calling it the ‘Kuhn Kitty bat’ (which means sir Kitty in Thai). Soon though, people started to invent different names for the tiny guy like ‘Kitty’s hog-nosed bat’ because its nose looks like a pig-nose. Another frequently used name is the ‘Bumblebee bat’ because it is such a small animal.

The completely harmless Bumblebee bats are rarely to be seen. The bats live far from the entrance of the cave. From what we know about their behavior we can say that they are pretty lazy as they come out just twice a day, half an hour in the evening and 20 minutes at dawn. Their food supply consists mostly of flies and spiders. Remarkable is the way how their catch their preys, often they are still flying when they eat their meal.

The population of the bats is very small and the slow reproduction of the species can form a problem in the future. Females of the Bumblebee bats are giving birth just once a year during the summer in April. For a long time their recently born youngster will stay attached to the belly of its mom. It takes quite some time before the wings of the super tiny bat are well-enough developed to fly. The slow reproduction of the spices can become a threat for the future as places were (and still are) disturbed by scientists, tourists, monks and new developments like the deforestation and a new pipeline being built from Thailand to Myanmar. However it is hard to tell to which extend these developments will affect the population of the species. Many caves – inhabited by the Bumblebee bat – are hard to access; therefore it is difficult to estimate their total population.

Not like other bat species, these bats are only seen in very small groups of sometimes just 10 bats. Larger groups are consisting of 100 to max. 500 Bumblebee bats. The bats are to be found in limestone caves mostly located close to the river, as it provides the tiny bats with many insects. They are also living in the forests but it is very difficult to spot them there. So-far the tiny bat is spotted in Kanchanaburi, the West of Thailand and since 2001 the bat is also discovered in a Southeast region of Myanmar. In Thailand’s Bumblebee bats are living in the caves along the river Kwai and in the Sai Yok National Park. If you want to see this little guy you may be lucky at the Lawa Cave near the river Kwai. Close by accommodations are the River Kwai Resotel (a stylish bungalow resort) or the Float House (luxurious floating on the river Kwai). For more information and other resorts – close to the Sai Yok National Park and Lawa Cave – check out the website: www.serenatahotels.com. Last but not least, do not forget to bring a torch to observe these special creatures!