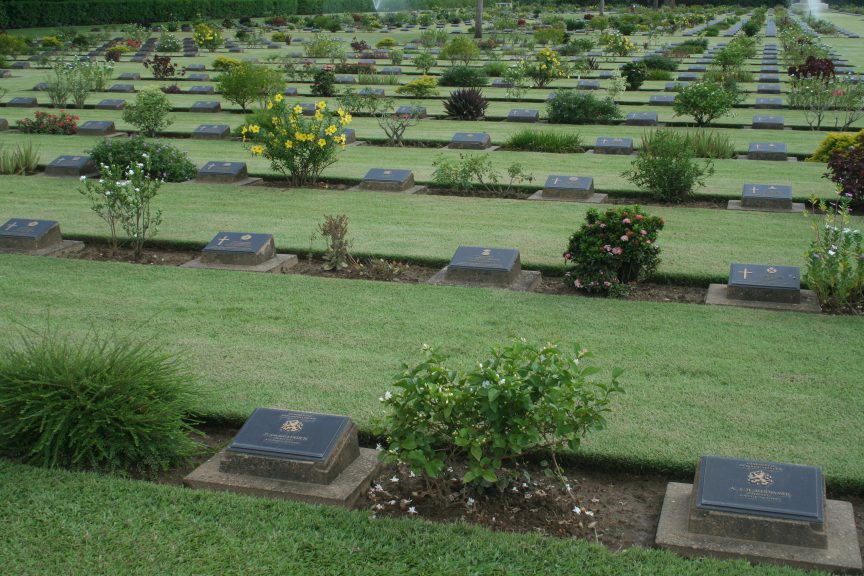 The WOII was a horrifying happing all over the world. While Germany was concurring Europe, Japan invaded many Asian countries. Many prisoners of war were forced to work for the Japanese army to construct a railway connecting Thailand with Myanmar (Burma) to supply the Japanese army forces in Myanmar.

The railway meant death to many people and is therefore also called: the Death railway. Labor forces were volunteers or POWs (prisoners of war) from Japan and surrounding countries such as Laos, Cambodia, Thailand and more. Lastly also many western POWs suffered of the Japanese regime amongst others originated from Australia, England, America and Holland.

Still, you can see many remnants of the terrible happenings during WOII. There are lots of museums situated in the area, the three best museums are mentioned right here.

It is the closest museum to the Hellfire Pass and provides its visitors with lots of information about the terrifying events of the WOII. The museum was established with help of the Australian government. The modern museum provides its visitors with an audio tour implying personal stories of the men who survived the war. To finish the tour you can walk down to the Hellfire Pass (also known as Konyu Cutting) where you will see the remnants of the incredible work that the POWs completed.

The museum is situated inside the Wat Chai Chumphon temple close to the famous River Kwai Bridge, once built by the POWs. The museum, founded in 1977, will give its visitors a better insight on how the railway was built. JEATH represents the majority of the nationalities working on the railway, namely Japan, England, Australia (and America), Thailand and Holland. The museum consists of two sections, one part explains the constructions of the railway, secondly the living conditions of the POWs are visually displayed by means of reconstructed bamboo huts including old possessions of the prisoners like weapons, materials, maps. Lastly there are many pictures to see and stories to read.

It’s an interactive museum just on the opposite of the Allied War Cemetry in Kanchanaburi City. An informative museum about the railway and very personal. Rod Beattie started with the museum with mostly private financial support. He did lots of research and collected small personal possessions from former prisoners such as wallets and diaries. A part of the museum’s income is dedicated to stimulate further developments of the database of Allied POWs who died in the Asia-Pacific region and research into the geography of the railway.

As you might have read between the lines, there are many more traces of the happenings of the second World War. Located in Kanchanaburi are many cemeteries, the Hellfire Pass, River Kwai Bridge and old parts of the railway including trails which are still being used.