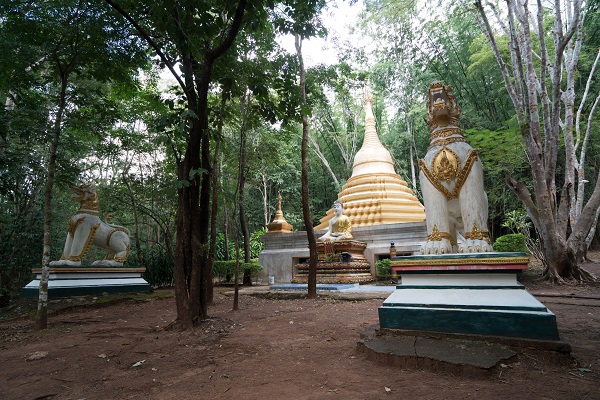 Mon: The earliest civilizations of Asia

Close to the RESOTEL resort is a Mon village, having lived there for many years, the inhabitants have become a part of the resort just as much as the owners. Many of the villagers work in the hotel and both need each other. But who are these Mon villagers, where do they come from, and how did they end up here? Today we will be helping you get a little bit of a better understanding of this minority group.

The Mon are an ethnic group originating from Myanmar (also known as Burma) and mostly living in the Mon state in Myanmar, other regions in Myanmar, and at border locations of Myanmar and Thailand. They were also one of the earliest to live in Southeast Asia and often seen as the ones that spread Theravada Buddhism throughout south-east Asia. The Mon are also seen as having played a major source of influence on the culture of Burma.

History of the Mon

It is believed that the Mon were among the first of the people of Indochina. They founded some of the earlier civilizations in that time as well as spreading the Theravada Buddhism through the surrounding countries as said before. But around the year 1000 things started to go downhill for the Mon. There was constant pressure on the group with invasions coming from multiple directions. The Tai migrated from the north while the Khmer launched invasions from the east. This led to many Mon being killed, transported as captives, or having the safest option of having to adjust into new cultures.

This has gone on for the past 1000 years, with the Mon being suppressed by one kingdom till another. Often regaining more power after which another kingdom came along to take everything away again. While the Mon minority was slowly finding their place in Thailand, Burma had a lot going on in the country which led to many rebellions and just as many brutal stops to these rebellions. After the Burmese independence the Mon wanted self-governance and self-determination which they were refused after which they revolted and got crushed

As of now, the Mon people still do not have their own country and instead live in small groups spread out across mainly Thailand and Myanmar, with smaller groups in countries such as America, Australia, and Canada. The Mon minority in Myanmar still struggling with political issues and repression, the Thailand-based minority group definitely have their struggles as well but many have found their way of fitting in and live their live with their village

To give you more information about the Mon villagers close to the resort, they all live together in a village close-by where the older ones work in the village or at the resorts while the children go to school and study at a Thai school and afterwards study at a Burmese school in their village to learn more of the alphabet and their culture. The number of people speaking the Mon language is lower than 2 million as of now and therefore many of the Mon people are putting a lot of emphasis on teaching their children the culture and the language.

The Mon have their own language as well as their own alphabet, which is similar to the Burma alphabet. Another aspect of the culture of the Mon people is their spiritual dances, clothes, and music. The traditional Mon dance can be seen at our resort and is best described as a culturally educational dance combining the different aspects of the Mon culture.

Another interesting aspect of Mon is the use of Thanakha, a natural face powder which serves as sun protection and moisturizer. It has been used for over 2000 years in Myanmar history and is used by both male and female, although mostly by male.

We are glad to have been able to tell you something about the Mon people as they are an important part of our resort and we would not be able to service you without them.